As a result, Cumbernauld Environmental Society became a group in its own right and held its first public meeting in March 2011.  Under the leadership of Chairman Bobby Johnstone, former Landscape Manager of Cumbernauld Development Corporation, the Society continues to work hard on improving the landscape of Cumbernauld, in association with North Lanarkshire Council and other like-minded community groups and continues to have close links with the Cumbernauld Community Forum.

The Society previously co-ordinated Cumbernauld’s entry into the annual ‘Beautiful Scotland’ awards.  In 2013 Cumbernauld was successful in the Small City category, bringing the silverware to the town for the first time ever.

Cumbernauld has a history of winning awards for its environment, with just a few listed below.

The Peat Marwick McLintock Award was won in 1988 at the Glasgow Garden Festival.

Cumbernauld was awarded at the Queen Mother’s Birthday Awards in the 1990’s. 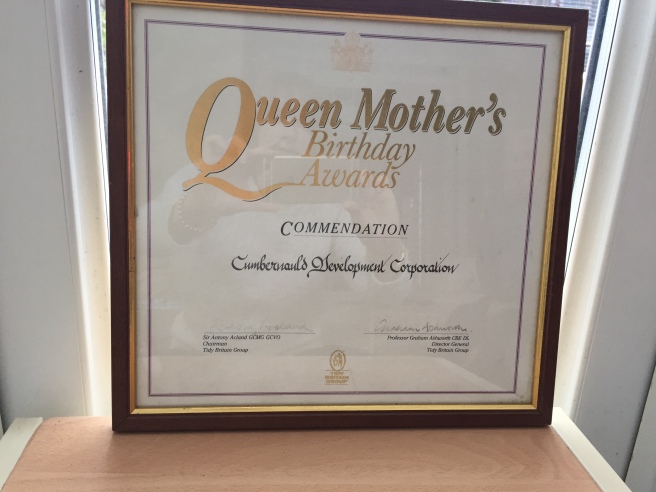 The International Reynold Memorial Award was awarded to Cumbernauld New Town in 1967 for Community Architecture by a jury selected by the American Institute of Architecture.

If you know of more awards that Cumbernauld received, please do let us know!

One thought on “About”

This site uses Akismet to reduce spam. Learn how your comment data is processed.